Racism in Cuba: banned by law, alive on the streets

HAVANA, July 18th (AFP)  Six decades on from Cuba’s proclamation of equality and despite three top government officials being black, the Caribbean island nation has made little headway on racism.“Racism in Cuba is very hypocritical … No-one says they’re racist, even if they are,” researcher Tomas Fernandez, 79, and author of several books on the subject, told AFP.

Cuba used to have an open problem with racism until the communist revolution of 1959.

The government has enacted policies to address centuries of inequality due to slavery, which was abolished in 1886, and to promote access to higher education and public office.

But racism persists. In local jargon, a white woman with a black boyfriend is “burning oil” or “holding back the race” while he is “advancing” his.

Ethnologist Jesus Guanche has identified around 20 definitions to describe skin colour, including “blue-black” for someone with very dark skin, while Cubans often describe frizzy hair as “bad.”

“There’s something that is a burden, it’s very subtle, but it’s a prejudice that keeps going,” said painter Salvador Gonzalez, 71, who exhibits his work in El Callejon de Hamel, a bastion of African heritage in the capital Havana.

“It’s common for white families to tell (their daughters) not to get involved with that (black) lad,” said the history student.

“When you want to be with a white girl, sometimes you realize this is an impediment.”

Recognizing the magnitude of the problem, President Miguel Diaz-Canel announced in November a program to “definitively eliminate the vestiges of racism.”

Manuel Cuesta, 57, an Afro-Cuban government opponent, says “there are the vestiges and remnants of symbolically cordial racism, structurally hidden, installed in the economic, institutional and political dynamics” of the country.

The racial debate gained a new impulse following the murder of George Floyd in the United States, and the recent death of Afro-Cuban Hansel Hernandez.

The 27-year-old was accused of theft and died during an alleged confrontation with police.

“Both events have once again pushed the racial theme into the discussion, although the true debate is on social media,” said Cuesta.

Those critical of the government find a link between the cases of Hernandez and Floyd. Fernandez however believes that’s a mistake and that the Cuban’s death “cannot be associated or analyzed as if it was a racial crime.”

He says “racial hatred doesn’t exist” in Cuba, but underlying racism does. 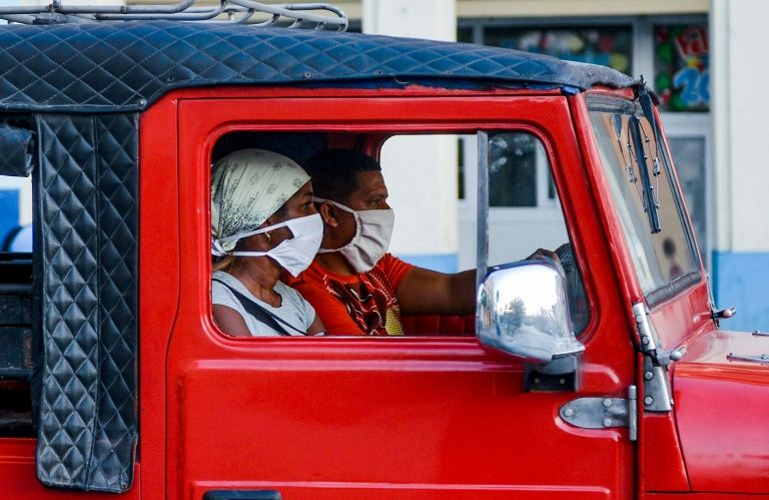 Roberto Zurbano, a black researcher into issues regarding race, says an “itinerary of deficiencies” as well as “his social environment and low level of expectations” contributed to Hernandez’s death.

“We were romantics and we didn’t realize that racial discrimination was much deeper (and) didn’t disappear through one law,” said Fernandez.

In 2003, Castro admitted there was underlying racism “associated with poverty and a historic monopoly on knowledge” in various fields by whites.

In parliament, 40.5 percent of deputies are black or mixed race, including the president Esteban Lazo.

But Holl says no-one should fall into the trap of “counting the number of blacks and mixed-race people in parliament or the government to demonstrate that racism doesn’t exist.

“The true racism is in the streets, in the feeble structural and economic conditions of the black and mixed-race population.

“You guaranteeing me a right by law doesn’t mean that I have all the economic and social conditions to validate that right.”