VENEZUELA IS QUIETLY QUITTING SOCIALISM (A Digression from Cuban Matters)

Shantytowns surround Caracas, Venezuela’s capital, like
the walls of a bowl. Little houses pile on each other on the steep hills, some
reachable only by vertiginous staircases.

Earlier
this month, Ingrid Sanchez tried to rustle up votes here for the ruling
Socialist Party in Petare, Venezuela’s largest barrio. As parliamentary
elections got underway on December 6, she hired motorcycles and jeeps to ferry
poor but faithful voters up steep hills to the polling station.

Sanchez
has no money to spare — a former teacher, she lives on a state pension worth
just one and a half dollars per month. It was the Socialist Party — the late
Hugo Chavez’s party — that gave Ingrid cash to pay for the vehicles. But they
weren’t Venezuelan bolivars — they were US dollars. And as she counted it,
Sanchez realized that the four $20 bills she held were worth more than 50
months of her pension.

“Everything
is in dollars now,” she says ruefully — a sign of monumental change in the
country that she says would have Chavez turning in his grave.

Sanchez,
57 years old, is a faithful member of the Socialist Party and believes fiercely
in the vision of late president Hugo Chavez, who prophesied a Marxist utopia
where the state would look after the needs of the people, raise the quality of
life, erase inequality and limit private enterprise to a minor role in the
economy. “One never loses hope, and that is a project that I still believe
in,” she said.

But
Venezuela today hardly resembles the one pictured by Chavez. Hunger is rampant,
inequality dizzying, and public hospitals stand derelict as
the country deals with the coronavirus pandemic. The US dollar is increasingly
taking precedence over the bolivar, and while the Venezuelan minimum wage is
the lowest in the region, the country’s stock market is booming. Chavez’s
successor, current President Nicolas Maduro, recently inaugurated an
ultra-luxury hotel where rooms are the equivalent of $300 per night.

All of
which raises a question that Sanchez has clearly been wrestling with: Is
socialism still alive in Venezuela? “I don’t know, we are doing things
upside down,” she says. 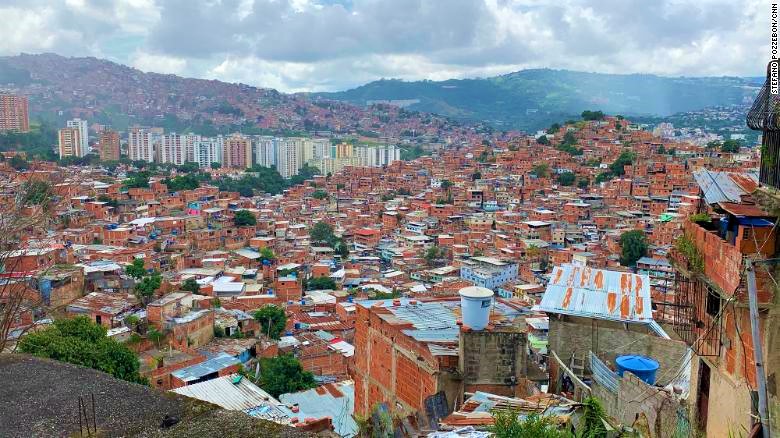