Antilles Gold has launched a massive 25,000
metre drilling campaign across its La Demajagua gold and silver project in
Cuba. The company is looking to delineate a resource over the deposit with the
current drilling program also set to provide bulk samples for metallurgical test
work as Antilles eyes a rapid move into a feasibility study for its precious
metal-rich project in the Caribbean.

Drilling at La Demajagua is being
undertaken by local contractor, Cubanex who is co-owned by Canadian drilling
company Heath and Sherwood International. Antilles has commenced infill and
extensional drilling across the Delita deposit in order to confirm the results
of previous exploration. The company has designed more than 200 development
drill holes over the ore system, with the deepest holes set to test the deposit
at depths of more than 220m below surface.

Cubanex’ first rig is now on site and
producing drill core, with the expectation it will be joined by a second rig in
February 2021. The option is also in place for a third rig should Antilles
choose to up the ante on the development program. All diamond core sample
assaying and metallurgical test-work will be undertaken by SGS laboratories in
Canada, with the company expected to table its maiden resource for the project
in the first half of this year and complete its pre-feasibility soon after.

Antilles’ La Demajagua project lies on the
western side of the Isla de Juventud, or Isle of Youth, around 170km to the
south of Havana, across the Gulf of Batabano in Cuba. The island covers an area
of more than 2,200 square kilometres and is the seventh-largest island in the
West Indies.

The company began discussions to acquire La
Demajagua in late 2018 and finally closed the deal in August 2020, having
formed a joint venture vehicle with the state-owned GeoMinera to explore and
develop the slumbering precious metals deposit. The joint venture company,
Minera La Victoria, will be 49 per cent owned by Antilles once the company has
completed its initial earn-in by spending US$13 million on exploration and
development across the project. The company says it expects to complete this
initial phase of expenditure in the first three-years of its development
program in Cuba.

Antilles’ enticing precious metals project
is located 27km south-west of the regional centre of Nueva Gerona, with the
centrepiece of the acquisition being the dormant Delita gold and silver mine.
Delita has a history of production dating back to the 1920s however it has been
mined only on a modest scale, with artisanal operations and smaller mining
groups having extracted high-grade gold ores via underground operations between
1947 and 1989.

Following the mine’s closure in the late
1980s, Delita has been subject to several exploration campaigns by Canadian
explorers which has generated a database of more than 50,000m of drilling.
Expert mining group, Cube Consulting in Perth, Western Australia, has reviewed
the existing database of drilling and used it to assist in the design of the
current drilling program, with modelling outlining a massive “exploration
target” of between 16 and 20 million tonnes of ore at a healthy grade of 2.3 to
2.7 grams per tonne gold.

Interestingly, Cube’s modelling also shows
the deposit to contain between 17 and 23 g/t of silver and with the lustrous
metal currently gaining popularity in the global market and trading at close to
US$27 an ounce, it provides the developing resource with a welcome credit.
Utilising Cube’s projections, the Delita resource is expected to host more than
1.2 million ounces of gold and 8.7 million ounces of silver.

However, Antilles has also delved further
into the historical body of work over Delita, utilising feasibility studies
completed back in the 1990s to formulate a preliminary economic assessment. The
development proposal envisages an 800,000 tonne per year open pit mining
operation aimed at producing over 60,000 tonnes of high-grade gold-silver
sulphide concentrate per annum, with an initial six-year mine life.

Based upon previous metallurgical work
undertaken by internationally recognised SGS-Lakefield in Canada, the sulphide
concentrate would grade at an eye-catching 47 g/t gold and 380 g/t silver,
delivering around 90,500 ounces of gold and 730,000 ounces of silver into
Antilles’ coffers per annum.

With drilling now underway at La Demajagua
and a rapid move to feasibility already on the horizon for Antilles, the
company has successfully shifted its focus into Cuba and looks set to put its
hard-won expertise in the mining and processing of sulphide ores in the
America’s to good use in the development of the gold and silver-rich Delita
deposit south of Havana. 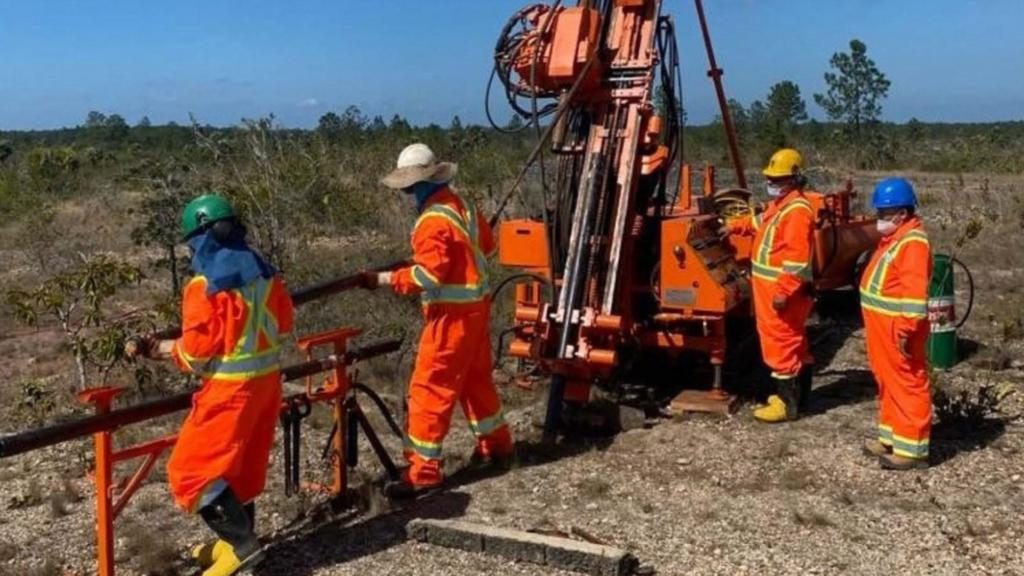