“CAN WE STILL BE REVOLUTIONARIES?” ANNA VELTFORT INTERVIEWED BY TED A. HENKEN

Complete
Interview:  “Can We Still Be Revolutionaries?”

In this exclusive interview with Ted Henken, New York graphic artist,
blogger, and one-time habanera Anna Veltfort shares the
contents of her “Cuban Cold War closet,” revealing long-held secrets from the
decade she and her family spent in Cuba during the Revolution’s honeymoon
years. For her, and for many other young gay artists of her generation, these
were both tough and luminous years filled with illusions, idealism, and
unforgettable events, both exhilarating and terrifying.

Brought to Cuba by her Communist parents as a 16-year-old in early 1962,
Veltfort attended high school and college alongside her Cuban classmates, eventually
graduating in Art History from the University of Havana in 1972. As she came of
age in this heady and politically polarized environment, she enthusiastically
joined in to build a better world as a proud revolutionary, doing voluntary
agricultural labor around Havana and conducting social research among the
peasants of the Sierra Maestra Mountains.

At the same time, she quickly perceived that daily life for her ordinary
Cuban friends bore little resemblance to the privileged circumstances her family
enjoyed as “foreign technicians.” Veltfort also endured harrowing first-hand
experiences of gay paranoia and repression as she explored and defined her own
sexual identity as a lesbian during the time of cruel homophobic purges that
swept through Cuban society.

At the most basic level, her book Goodbye, My Havana: The Life
and Times of a Gringa in Revolutionary Cuba (Redwood
Press, 2019; Verbum, 2017) is a coming of age memoir. But it
is also the work of a very talented graphic artist. Perhaps most importantly,
it is a first-hand testimonial and admonition about the perverse reality
lurking beneath an often-romanticized Revolution.

* This interview was originally done in two separate parts that straddle the onset of the Covid-19 pandemic. The first was a public book presentation at the Instituto Cervantes in New York City on February 24, 2020, co-sponsored by the Centro Cultural Cubano de Nueva York (CCCNY). The second was a Zoom-enabled class visit by the author to Henken’s Latin American studies course at Baruch College on June 30, 2020. The two interviews have been synthesized here by Henken and then edited for clarity and accuracy by Veltfort. Note also that some of the questions here accredited to Henken were actually asked by his students in a Q&A with the author.

** This photo shows the School of Letters foreigners at work in the countryside in Cuba on April 1965. Connie is standing in the center.

*** The images are from the book Goodbye, My Havana. The Life and Times of a Gringa in Revolutionary Cuba, Stanford University Press, 2019. 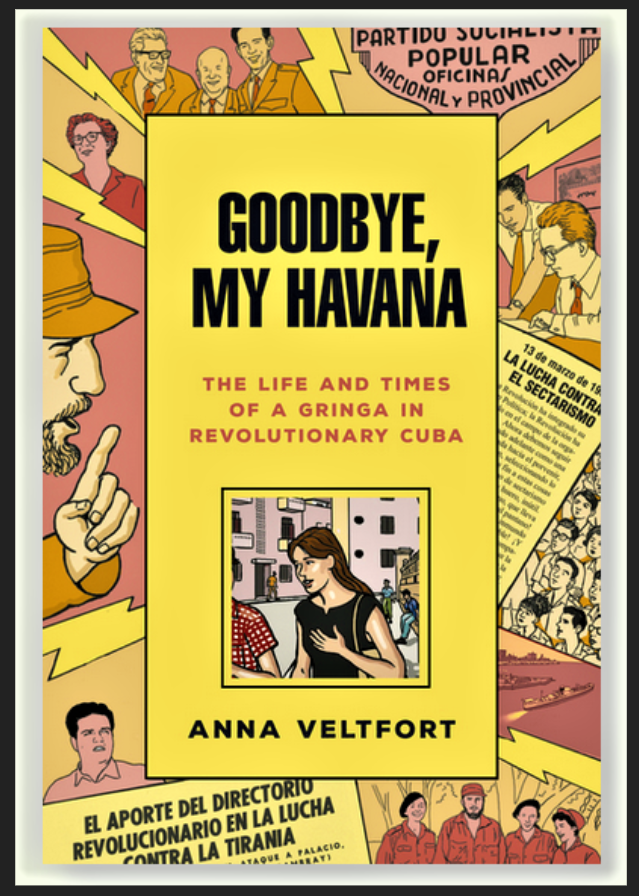