BIDEN SHOULD PURSUE A FULL ENGAGEMENT WITH CUBA

The
United States needs a fundamentally different policy towards a post-Castro Cuba
than the one applied for the last four years. Engagement is the best long-term
strategy to peel Havana away from Washington’s rivals in Moscow, Beijing,
Tehran, and Caracas. It is also the optimal choice to signal American goodwill
to the new leaders of post-Castro Cuba and put the onus on them.

President
Biden should restart normalization efforts not only because the retreat from
normalization falls squarely at the feet of the Trump administration, but also
because he understands — as his predecessor did not — how to conduct a great
power bilateral relationship with a smaller neighbor. Estrangement from the
United States was not the Cuban government’s choice, which embraced engagement
long before the last embers of the Cold War had cooled.

What
Happened after Obama’s opening towards Cuba?

A new and
effective engagement policy requires an honest assessment of what happened
between Cuba, the Cuban American community, and U.S.-Cuba relations after
President Obama launched his full engagement approach in 2014. The Cuban
government responded positively to the first African American president’s
offers of negotiation. Of course, Cuban officials could have done more,
particularly regarding reconciliation with the Cuban American community, but
the two countries signed 22 important agreements. President Obama was welcomed
in Havana by Raúl Castro. In his memoirs, Ben Rhodes, the architect of Obama’s
rapprochement, describes how, in a relative short time, Cuba and the United
States built a partnership removing many obstacles to a comprehensive
interaction between the two societies.

In 2016,
President Obama visited Cuba with a focus on transcending the traumas of
history and a policy of sanctions repudiated by the overwhelming majority of
the international community. The visit was welcomed by almost every segment of
Cuban civil society. During this visit, the widespread hope about a new era
rose above the resentment expressed toward President Obama by the most radical
elements of the Cuban Communist Party. The Cuban Catholic Church, the main
protestant denominations, and the Jewish Community welcomed an approach that
improved their chances for close relations with their brothers and sisters in
faith in the United States. At the same time, Cuba’s emerging private sectors
received tangible benefits and profits from the inflow of American visitors.

Unsurprisingly,
Trump and his ally, Senator Marco Rubio (R-Fla.), cluelessly deviated from
Secretary Henry Kissinger’s golden rule for negotiation with Cuba: “Behave
chivalrously; do it like a big boy, not like a shyster.” Most of the new
sanctions against Cuba were implemented amid the 2020 electoral race. Distrust
in Cuba about Obama’s rapprochement as a mere change of imperial tactics, aired
by the most radical Cuban left, was confirmed by Secretary of State Pompeo’s
last minute gratuitous return of Cuba to the State Department list of state
sponsors of terror. This damage has made engagement considerably more difficult
and in need of some dramatic gesture in line with the dignity of a democratic
great power.

Trump
didn’t achieve anything in Havana, but his supporters’ disinformation campaign
presenting President Obama as an appeaser touched some nerves within the Cuban
American community. By stigmatizing any supporter of Obama-Biden’s engagement
as a Castro sympathizer, Trump and Rubio rang the bells of McCarthyism and
conspiracy theories within the Latino community. The Democratic Party was
portrayed as a communist beachhead.

By
avoiding the discussion about the merits of Obama’s engagement policies,
Florida Democrats surrendered a significant political space to Trump’s
narrative. Trump succeeded without easing any migration restriction for Cubans,
Venezuelans, or Nicaraguans. Using his stay in Mexico anti-immigration policy,
Trump kept thousands of Cuban refugees from entering the United States, while increasing
the number of deportations to the same archipelago Senator Rubio compared to
Hitler’s Germany in senseless analogies.

There is
no rationale to argue in favor of half-measure engagement if the decision is to
engage. U.S. sanctions against Cuba are not a human rights policy but a
violation of the very human rights principles they purport to support. Biden’s
policy towards Cuba must eliminate all the counterproductive sanctions contrary
to international law and must attempt to implement full normalization of
relations with Cuba predicated on Obama’s Presidential Policy Directive of
October 2016.

Adopting
a full package of dialogue and rapprochement will multiply the impact of
engagement measures in Cuba. For example, it makes no sense to ease travel to
Cuba while preventing U.S. airlines from traveling to other cities but Havana.
Moreover, given the notoriously electoral nature of the Trump administration’s
hostility towards Cuba, it makes no sense to treat Trump’s actions as standard
procedure while trying to change U.S. policies which have applied tightened
sanctions for 25-years under the Helms-Burton Act’s imperial image.

In public
diplomacy, a drastic cut from Trump’s policies will be better for American
interests. U.S. diplomats will be in a better negotiating position if
their marching orders are seen by Cubans as reflecting a full commitment to
engagement. This perception will allow issue-linkage strategies when dealing
with the Cuban government. It will also encourage the Cuban government on the
path of reforms that are absolutely needed to overcome the economic
consequences of the COVID-19 pandemic. A summer immigration crisis with
thousands of Cubans trying to reach the American or Mexican shores in road to
the U.S. southern border is not improbable. Is this in the interest of the
Biden administration?

A Biden’s
commitment to normalcy in U.S.-Cuba relations will expose all Cuban
government’s self-limitations versus the U.S. government’s propensity to engage
and respect international norms. A full engagement disposition will attract to
the U.S. side the goodwill of Western allies like Canada, the European Union,
and most of Latin America. Such an approach might even have spillovers in
Cuba’s attitude towards a negotiated solution to the Venezuelan conundrum.
After four years of a policy of America First, translated as America Only, it
will be an act of productive humility to show some deference to the U.S.
allies.

From a
political perspective, President Biden should be reminded about his advice to Prime Minister Netanyahu in 2011 that
“there’s no sense dying on a small cross.” The opposition by radical exiles
will be the same if the president attempts a partial or a full normalization.
Concurrently, the political benefits of engagement would multiply the sooner
and the more comprehensive the rapprochement policy is adopted.

Of
course, normalization is a tango for two. If the Cuban government wants to reestablish
lasting relations effectively with the United States, it must behave as a
country, not as a revolutionary cause. It is in Cuba’s national interest to
reduce as much as possible the relevance of the Cuban right-wing radicals in
the swing state of Florida. This will be possible by reducing the bases for
their grievances and opening economic opportunities for the Cuban diaspora. A
mixed economy with rule of law and a more committed Cuban human rights policy
is in the interests of Cuban society, regardless of what the United States does
or says.

Engaging
Cuba is not a favor to the Cuban Communist Party. By opening trade and travel
to the island and opening American doors to as many Cubans as possible, the
United States will influence how the Cuban people view their society and its
place in the world. Developing business ties between the two countries,
allowing Cubans to visit, work, and study in the United States, and easing visa
restrictions as the Obama administration did, will increase the information
flows between Cuba and the outside world.

U.S. interests in Cuba are advancing a gradual, peaceful, and well-ordered transition to a market economy and eventually a pluralistic democracy. Ideology aside, such an outcome is also optimal for the majority of Cubans. If there is a marketization of the Cuban economy, more openness and contacts between the Cuban people and its diasporas, and close ties with the United States, it will most likely happen. Not overnight, but it will happen faster and with better results than 60 years of sanctions and siege. 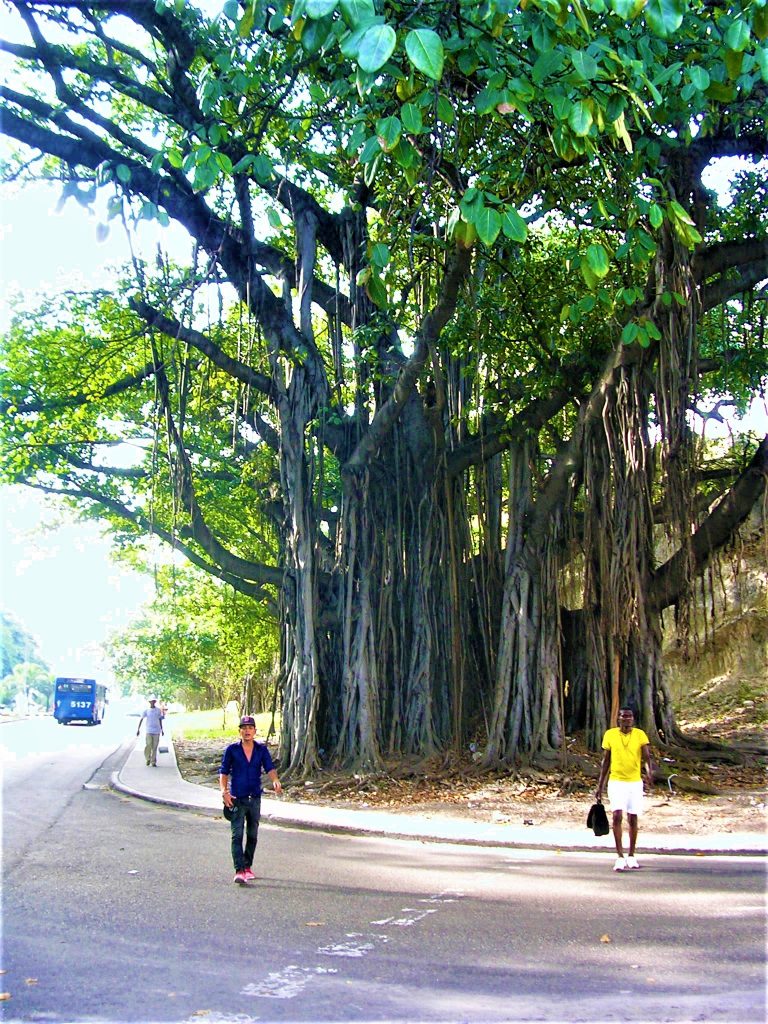