Cuba has
begun a mass Covid-19 vaccination drive using two homegrown shots before they
have full regulatory approval, after declaring a health emergency as cases
surge.

The
government said it aimed to vaccinate the entire adult population with its
Abdala and Soberana 2 shots. The programme began in Havana on Wednesday for
residents aged 60 years or older, with frontline workers in other provinces
also receiving the vaccines.

The Pan
American Health Organization said this week that Cuba was driving most new
Covid-19 infections in the Caribbean. Although case rates in the
communist-ruled nation have been low by international standards, it recorded
its worst month for infections in April since the pandemic began, with 31,346
cases and 229 deaths among its 11m population. The number has continued to
creep up this month.

José
Angel Portal Miranda, public health minister, said he expected full approval
for both vaccines in June but that Cuban law allowed the step to be bypassed in
an emergency. “This makes it possible to initiate intervention in risk groups
and territories with Cuban vaccine candidates,” he said after announcing the
emergency last Friday.

Abdala’s
phase 3 trials — the final stage before regulatory approval is normally sought
— ended on May 1 while those for Soberana 2 will be completed this weekend.
More than 300,000 Cubans have been vaccinated to date, including trial participants
and frontline workers.

Cuban
health authorities say both shots have proved safe and highly effective but
have not released trial data.

Cuba
opted not to join the World Health Organization-backed Covax vaccine
procurement facility or accept jabs from allies such as Russia and China. The
island nation has been manufacturing vaccines for years and authorities cite
long experience and a policy of not depending on others as behind the decision.

All but
bankrupted by US economic sanctions and
the Covid-induced crisis, Cuba is suffering its worst economic crisis since the
collapse of the Soviet Union three decades ago. The economy declined 11 per
cent last year and local economists said it continued to lose ground during the
first quarter as the pandemic crippled tourism, which accounts for about 11 per
cent of gross domestic product.

Both of
Cuba’s vaccines require two doses, and a third booster shot has been added to
combat new variants of the virus.

Portal
Miranda said 70 per cent of the population would be vaccinated by September and
the remainder by the end of the year.

Patients
and medics preparing for vaccination on Wednesday expressed confidence in the
programme. Physiotherapist Vladimir Lahenes did not believe Abdala, named after
a famous poem by national revolutionary hero José Martí, which he was about to
receive in the Havana municipality of Playa de Este, would prove unsafe or
ineffective.

“Here
there’s lots of experience with Cuban vaccines. Everyone knows, everyone is
confident,” he said.

Family
doctor Yolanda, who asked that her full name not be used, said she had been
preparing for weeks. “I have been giving Cuban vaccines forever. I’m already
vaccinated and very glad my patients will now be too,” she said.

Eduardo
Martínez Díaz, president of BioCubaFarma, the state pharmaceutical monopoly,
said last week that Cuba “will probably be the first country to immunise its
entire population with its own vaccine”. 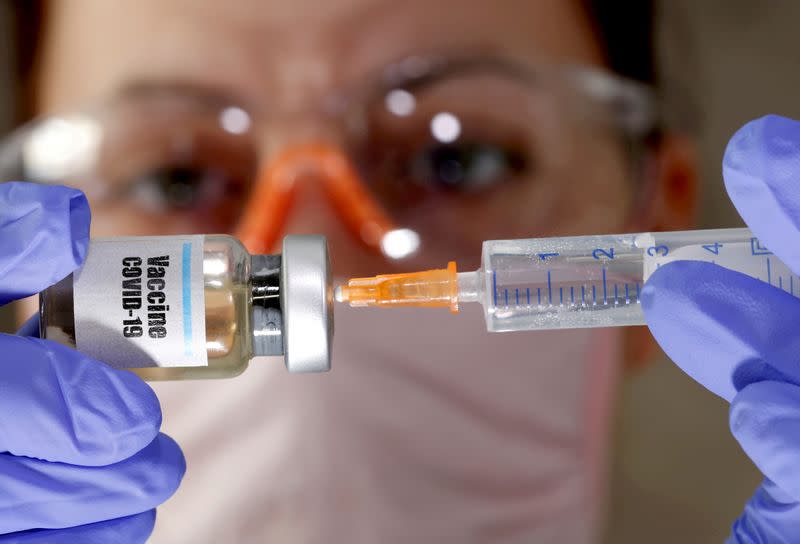