Cuba
traditionally imports by sea around 70% of the food it consumes, but tough U.S.
sanctions and the pandemic, which has gutted tourism, have cut deeply into
foreign exchange earnings.

For more
than a year Cubans have endured long waiting lines and steep price rises in
their search for everything from milk, butter, chicken and beans to rice, pasta
and cooking oil. They have scavenged for scant produce at the market and
collected dwindling World War II-style food rations.

This
month the Communist-run government announced flour availability would be cut by
30% through July.  Diorgys Hernandez,
general director of the food processing ministry, said when he announced the
wheat shortage that “the financial costs involved in wheat shipments to
the country” were partly to blame.  That
was bad news for consumers who had been buying more bread to make up for having
less rice, pasta and root vegetables at the dinner table.

“People
eat a lot of bread and there is concern there is going to be a shortage of
bread because that is what people eat the most,” Havana pensioner and cancer
survivor Clara Diaz Delgado said as she waited in a food line.

Cuba does
not grow wheat due to its subtropical climate. The price of the commodity was
$280 per tonne in April, compared with $220 a year earlier.

The
government has also said the sugar harvest was short of the planned 1.2 million
tonnes by more than 30%, coming in at less than a million tonnes for the first
time in more than a century.  Cuba will
have trouble making up for a shortage of domestically produced sugar as
international prices are around 70% higher than a year ago.

Adding to
the pain, the cost of international container shipping is up as much as 50%
over the last year and bulk freight more.

The U.N.
Food and Agriculture Organization reported its international food price index
was up 30.8% through April compared with the same month last year, and the
highest since May 2014.

The Cuban
state has a monopoly on foreign trade and purchases around 15% of the food it
imports from the United States for cash under a 2000 exception to the trade
embargo.

John
Kavulich, president of the U.S.-Cuba Trade and Economic Council, which follows
the trade, said sales fell 36.6% last year to $163.4 million, compared with
2019. They recovered in the first quarter, reaching $69.6 million, though that
represented less food due to higher prices.

Chicken,
Cuba’s most important U.S. import, is badly affected. A U.S. businessman who
sells chicken to Cuba said he shipped drumsticks at 24 cents a pound in January
and 48 cents in April. He did not wish to be named.  “Resuming global demand, increased prices for
product inputs and labor shortages suggest that commodity prices will not
decrease soon,” Kavulich said.

The
economy declined 11% last year and according to local economists contracted
further during the first trimester of 2021 as a surge in the new coronavirus kept
tourism shuttered and much of the country partially locked-down.  The government reported that foreign exchange
earnings were just 55% of planned levels last year, while imports fell between
30% and 40%.

Incoming
container traffic was down 20% through April, compared with last year,
according to a source with access to the data, who requested anonymity.

The
government has not published statistics for the notoriously inefficient and
rustic agricultural sector since 2019 but scattered provincial and other reports
on specific crops and livestock indicate substantial declines for rice, beans,
pork, dairy and other Cuban fare.  This
was confirmed by a local expert who requested anonymity and said output was
down by double digits due to a lack of fuel and imported fertilizer and
pesticides. 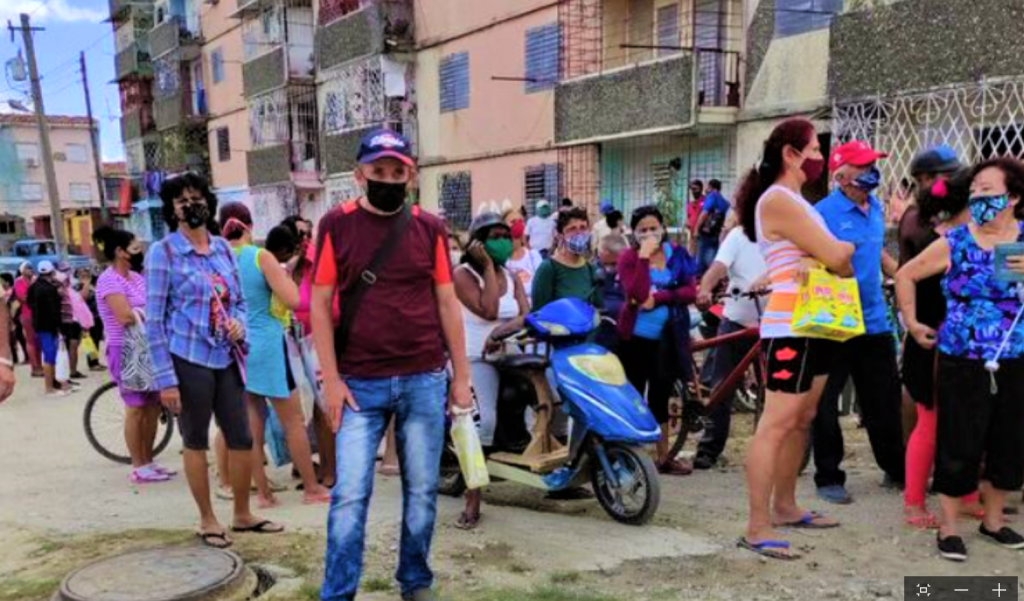