YEA OR NAY ON THE EMBARGO. WHICH SIDE ARE YOU ON?

What does a recent survey tell us?

The French philosophe and
essayist Michel Montaigne often used the phrase “What do I know?” to express
the subjective limits of knowledge. What can any individual really know about
the world? About others who inhabit it? I pose this question to myself often.
It’s part of the job description for being a critical sociologist. I scratch my
head in puzzlement each time that I gather data to analyze my compatriots in
South Florida. What do I really know about Cuban Americans? Many will jump to
answer, “You know nothing. You are clueless,” and they might be right. But you
would think that after nearly thirty years of writing about and studying Cubans
in the United States I would know something about what makes our “moral
community” tick.  But when faced with the question Que sais-je?,
which translates into a very Cuban, “Qué sé yo?” I have to admit that many of
the moving parts of the community remain a riddle wrapped in an enigma inside
a pastelito.

Take, for example, the resurgence of
pro-embargo sentiments among South Florida Cuban American. It’s a grim turn
even if not totally surprising given the Jarabe de Trump that many have savored
in recent years.

What is driving this macabre enthusiasm
to endorse an archaic, cold war policy designed in 1962 to isolate Cuba and
bring about regime change because, as stated in Kennedy’s infamous Proclamation 3447,
the country is “incompatible with the principles and objectives of the
Inter-American system; and, in light of the subversive offensive of Sino-Soviet
Communism with which the Government of Cuba is publicly aligned?” Seriously?
There is still support for a policy designed to “protect” the Americas from the
threat of “Sino-Soviet Communism?” Directed at Cuba? Does this policy remain a
vital element in the foreign policy of the United States? The world has
changed so much but we seem to have changed so little.

Maybe there is more behind this seeming
callous attitude of “que se jodan” exhibited by my fellow denizen of the Cuban
diaspora than sheer opportunism. After all, we are not all YouTube mavens
making a nice living peddling fear and disinformation. Most of us care about our
friends and relatives on the island. About half of us send money when we can
afford it and sending food via Katapulk is
becoming a thing. Many on the island depend on us, if not for survival, for support,
especially during this horrific pandemic period.

Maybe championing the embargo, in the
minds of those who do, is part of a larger plan. Maybe supporters see in the
embargo a part of a broader strategy to improve the lives of Cubans throughout
the island. Qué sé yo?

I want to understand why so many of us
insist on supporting a foreign policy implemented to punish and isolate when we
know that change in this globalized world is brought about by contact and
negotiation. Why do people support the embargo? Why do they support lifting the
embargo?

With the help of the colleagues at OnCuba News, I floated a questionnaire on their platform and various social media streams (FB, Twitter) to try to understand why Cuban Americans either support or oppose the nearly sixty-year-old sanction. This is not a scientific sample, but the 361 responses (as of May 19) allow us to create broad categories to describe the types of reasons shaping opinions.

To be honest, I harbor no illusions that the Cuban American vox populi will raise in an exilic chorus supporting the end to the embargo. I see no sign that we are willing, as a community to come to terms with our Big Lie. To recognize that the embargo, as a policy to motivate change in Cuba, has been a resounding failure and has not met the expectations of its supporters. It is a zombie policy which should have been killed by years of evidence verifying its failure but stays alive, eating the brains of Cuban Americans. Supporting the embargo is evidence that our community has been successfully recruited to brutalize the Cuban people by assisting the U.S. in its feeble attempt to project American power. I worry about the history we are helping to shape.

Accepting this might not be easy for
those who have developed an identity based on opposition to the Cuban
government, but it is the reality we face. Let’s give in to a moment of
clarity. We cannot, with any credibility, demand changes in others when we, as
a community, remain so unwilling, or unable, to change.

But, I could be wrong. What do I know? 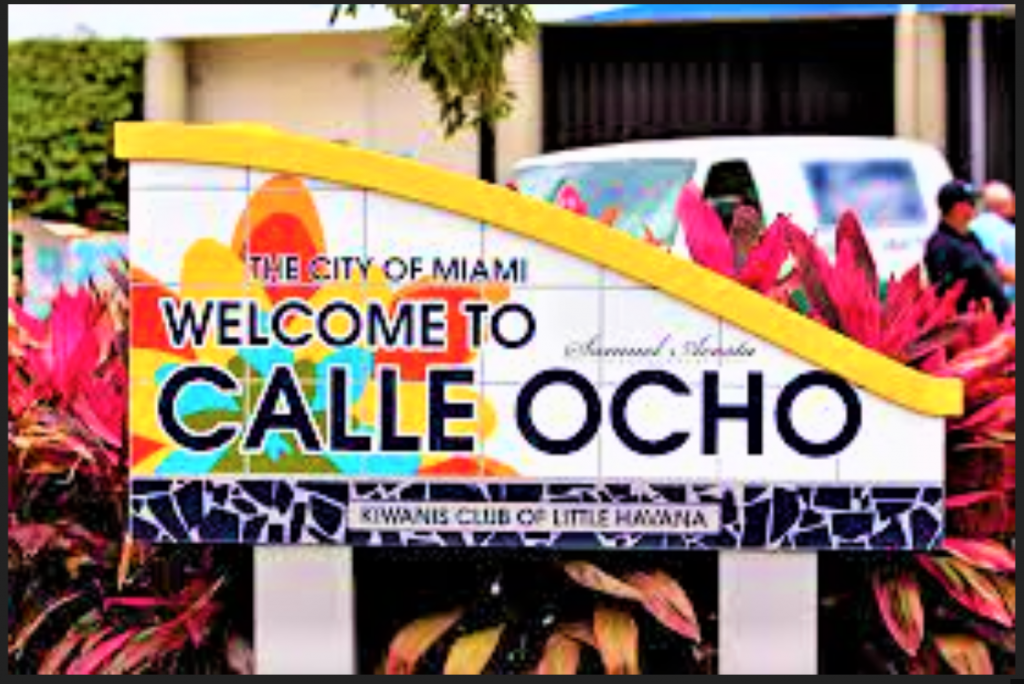